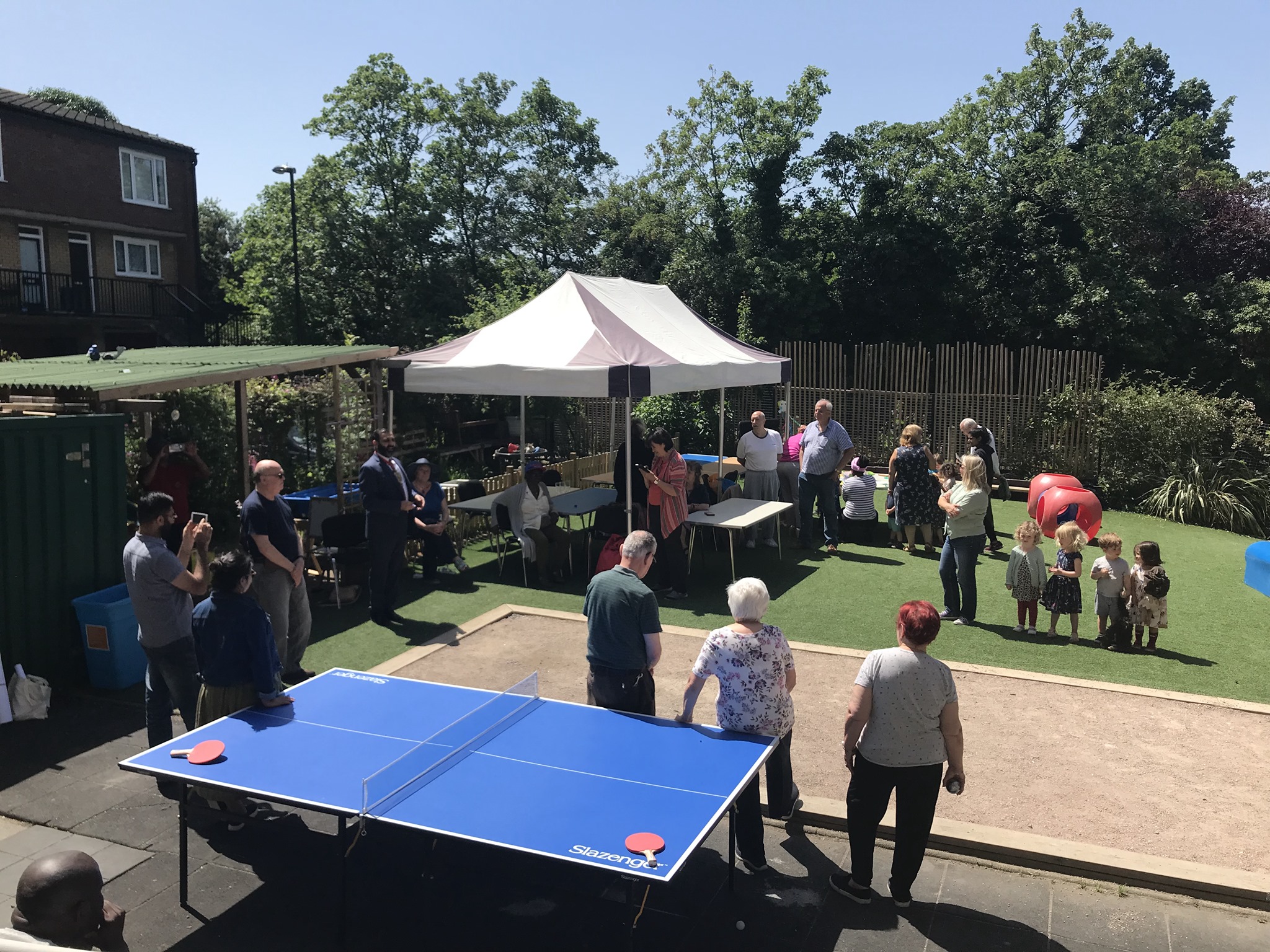 The sun is out and along with all the other positive changes at Telegraph Hill Centre, we’re delighted to announce the opening of our new garden and boules court!

The new garden and boules court at Telegraph Hill Centre will be used by the young people from the CCC Club and BeBright, as well as the Centre’s BRANCHING OUT group for the over 55’s, and of course, you!

Just pop in to the Centre and ask if you’d like to play (there is a Boules set there).

Here are some great pictures from the launch party: