About Obama & Me by Sylvia Arthur 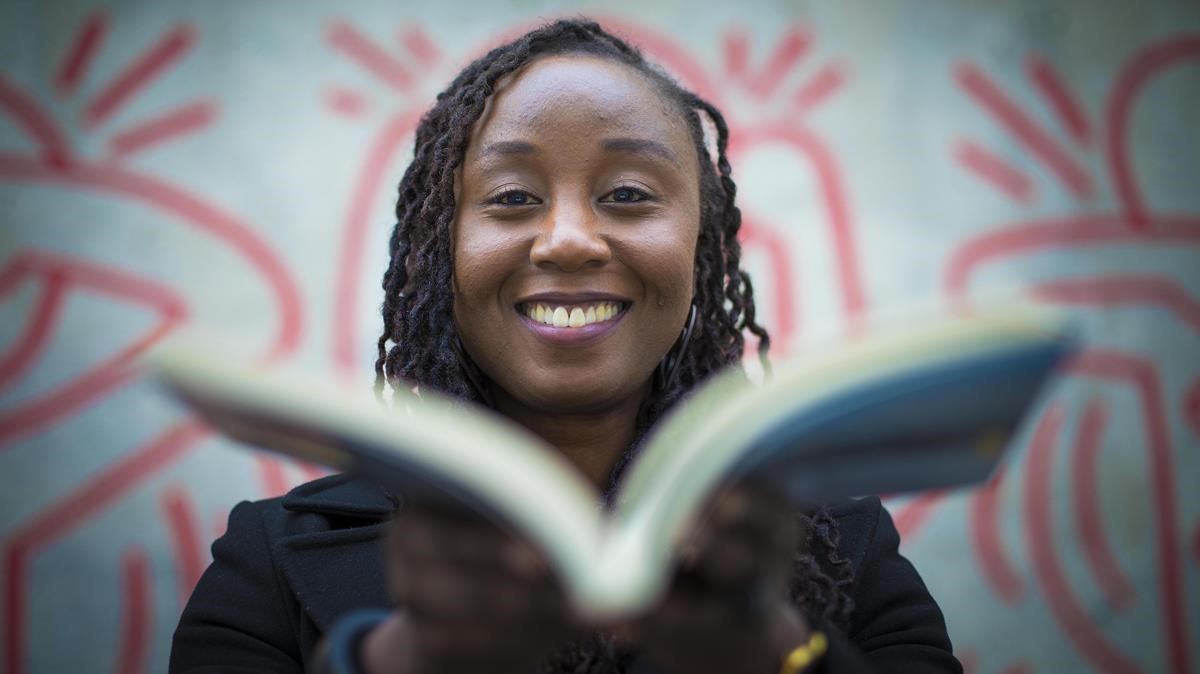 Sylvia Arthur is a playwright and narrative nonfiction writer whose work explores themes of identity, diaspora, politics, and place. Sylvia’s play, Obama & Me has been touring Europe, the USA and the UK to great acclaim, and now comes to Telegraph Hill.

Interweaving music, video, and images with spoken word, Obama & Me takes on the big issues of Brexit, Trump, US and EU race relations, and the global refugee crisis in a powerful, compelling narrative that explores the meaning of identity, politics, power, and belonging in the post-post-racial 21st century.

Below, Sylvia talks us through what to expect.

WHAT: The short play Obama & Me followed by a facilitated discussion to explore the issues it raises for the audience.

Q&A with Sylvia Arthur, writer and performer of Obama & Me

You’ve toured Obama & Me in Europe and the UK. What has the reaction been overall?

The reaction has been amazing. I’ve been pleasantly surprised at how audiences get it, and not just “Black” audiences, but diverse audiences across age, gender, class and political leaning. I think what the play does well is that it distils the political to a human level. It shows how policy affects individuals, rather than governments, and illustrates how wilful ignorance, seemingly harmless, can have a deep impact on those at the receiving end of it. It’s a very emotional show, for the audience and me.

What issues does the play raise for audiences?

I think audiences will be surprised at the range of issues and ideas presented in the play. There are issues of identity and questions about what it means to be British and European, who can legitimately claim those identities when race comes into the equation. There’s obviously politics, and a consideration of what Europe and the EU is and what it means. A fundamental theme of the show is about movement. There are questions about migration and Free Movement, who has the right to it and why, and who doesn’t, and what the impact of that is. It really takes you on a whirlwind journey through topical issues and ideas, and makes connections you may not have considered.

What you’re doing is incredibly brave and timely. Has there been a strong reaction to the play and the themes it addresses?

I’ve performed the play in areas as diverse as Hackney and Chipping Norton in the UK, and Brussels and San Francisco abroad, each time before very different audiences, and the reaction has been overwhelmingly positive. The reviews have also been fantastic, and if there’s been one consistent reaction to the themes it’s one of recognition and/or surprise.

What do you hope a community sharing like the one at Telegraph Hill Centre will achieve, for the mixed community here, and for you as a writer and performer?

I hope the show will get people talking in an open, tolerant way. I think sometimes we don’t speak about political issues for fear of causing offence or stirring up controversy.  I hope the show will offer the community at Telegraph Hill Centre a kind of framework in which to think and talk about some of these potentially heated issues.

As a writer and performer, it’s a great opportunity to present the play in an intimate setting with a local audience who may have had to think hard about some of the issues I raise, but from a different perspective. I’m looking forward to performing the show and hearing people’s views in the post-show talk.

Thank you Sylvia, for bringing this courageous and important show to Telegraph Hill Centre.

← Obama and Me Branching Out Summer Exhibition at Goldsmiths →