image Puss in Boots (in Rehearsal)

Rehearsals for our forthcoming fund raising Panto are going swimmingly.   A brilliant cast are giving their all.   The superb script is really coming alive.   Puss in Boots promises to be a hilarious, thigh-slapping romp of a Panto which will raise funds for Telegraph Hill Centre and Bold Vision.

If you haven’t booked your tickets, please do: http://thc.ticketsource.co.uk

Puss in Boots performs 5, 6 and 7 December at 7.30pm, with an additional matinee on Saturday 7th at 3.30pm.   Tickets are selling so be sure to get yours.   Performances will take place at Telegraph Hill Centre, SE14 5TY.

Our story features a handsome hero winning the hand in marriage of a petulant Princess. But that’s not all there is to it. There’s a lot else to thrill and bamboozle as rambunctious shenanigans abound featuring preening Pusses, odious Ogres, Dames in distress, morose Monarchs, wily Wizards, flatulent Fairies and much more.

With a plethora of songs, passion, pathos and good old fashioned thigh slapping Panto polish, this production will leave you breathless with laughter and joy.   Everyone from cast and crew to production have given of their time and talents generously and free of charge.   We do it because we value our community.

Support us, come and see the show!

Here are some pictures of our lovely cast in rehearsal.   You’re going to hear them ROAR. 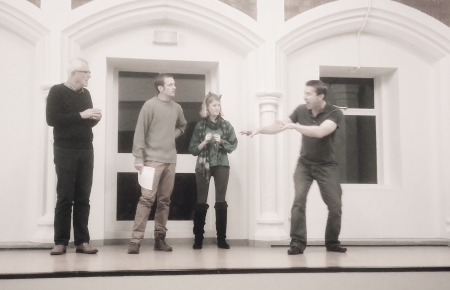 The cast of Puss in Boots in rehearsal 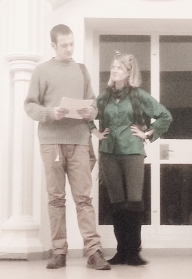 All proceeds from this rambunctious production go to local causes – Telegraph Hill Centre and Bold Vision.